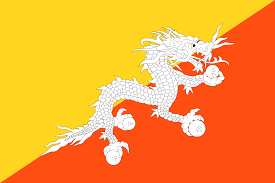 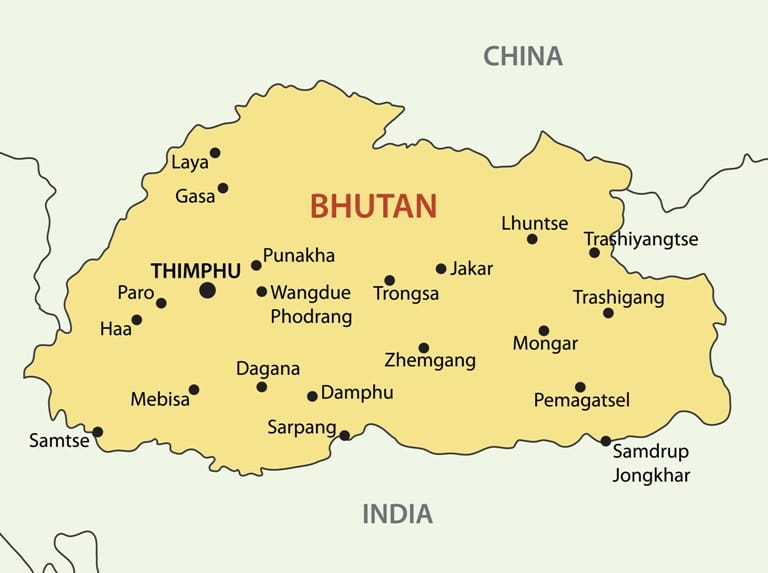 Bhutan is the only country with Gross National Happiness Index (also known by the acronym: GNH) is a philosophy that guides the government of Bhutan. It includes an index which is used to measure the collective happiness and well-being of a population. A country filled with Dzongs and tales of mystic dragons.  The Land of Thunder Dragon, Bhutan is known for its stunning landscapes, legendary ancient temples and fortresses, spicy yet delicious food, colorful festivals and most of all its authenticity. If you wish to slow down your fast-paced city life and relish a moment or two in the lap of Himalayas, Bhutan is the place for you! The charms of this isolated Himalayan Kingdom are knitted strong within its cultural realms. The government takes all measures to preserve its culture, history and rich tradition.

Bhutan was inhabited by people as early as 4,000 years back. There are archaeological evidences indicating settlements in Bhutan dating back to 2,000-1,500 BC. Bhutan in ancient times had many different names; it was known as Druk Yul or the Land of the Thunder Dragon in the 17th century. The outside world however called it Bhutan, derived from a Sanskrit word Bhu-Uttan meaning ‘High Land.’

Bonism was the main religion in Bhutan before the arrival of Buddhism. It was only in the 8thcentury that an Indian saint Guru Padmasambhava, popularly know as Guru Rinpoche brought Buddhism to Bhutan.

Many warlords battling constantly with one another ruled Bhutan until Zhabdrung Ngawang Namgyal from Tibet unified the county in 1616 AD. He established a dual system of governance – the Choe Sid (Spiritual and Religious tradition).  After the long period of civil strife that followed the death of Zhabdrung in 1651, power was finally consolidated with the crowning of Gongsar Ugyen Wangchuck as the first hereditary monarch in 1907.  The monarchical system continued till 2008 before the Fourth King stepped down and introduced democracy in Bhutan. Today it is a Democratic Constitutional Monarchy.

Best time to travel to Bhutan:

Bhutan has an extremely diverse climate. This is due to the vast variations in altitude, as well as the influence of the southwest and northeast monsoons from India. From late June through September, the southwest monsoon brings heavy rain and high humidity to the southern border region of Bhutan, but the post-monsoon season, from late September through November, there are bright, sunny days and sometimes early snowfall at higher elevations. Winter (November through March) is the northeast monsoon season, which brings gale force winds through high altitude mountain passes, giving Bhutan its name “Drukyul,” meaning Land of the Thunder Dragon.

Winter also sets in, with frost throughout much of the country and snowfall often above 3,000 meters. December and January are the coldest months in Bhutan, with overnight temperatures dropping below zero in Paro, Thimphu, and Bumthang. Spring is generally dry and pleasant, while summer produces occasional showers and maximum temperatures of around 86 degrees Fahrenheit.

Peak season are usually dictated by the months with the most festivals.  Many tourists visit Bhutan to experience the country’s fascinating festivals. The Tshechu festivals, held in temples, monasteries, and dzongs (fortresses) all over Bhutan, are a highlight. Communities come together to witness religious mask dances, receive blessings, and socialize at these grand events. Each mask dance has a special meaning behind it, and it’s believed that everyone must attend a Tshechu and see the dances at least once in their lifetime to dissolve their sins.

Like Autumn, spring in Bhutan is also high tourist season. While the season may be busy, the weather is beautiful and the season hosts many of the country’s best festivals and celebrations. The ideal season for rafting and kayaking in Bhutan is spring, too.

Bhutan’s monsoon season usually arrives in mid-June, bringing lots of rain. Despite that, the country’s lush greenery and lack of crowds can make it an appealing time to visit.

Fall has mild weather, and like spring, many crowds. The scenery is beautiful, with rice fields turning gold before harvest. Many festivals, including Thimphu Tshechu—one of the country’s biggest, take place during fall.

Winter in Bhutan can be quite cold, but visiting during December, before peak winter has set in, can make for a pleasant trip with minimal crowds and lower prices. You can also see the country’s beautiful black-necked cranes in the Phobjikha Valley.

Ideally: October to December is the ideal time to visit Bhutan as the air is clear and fresh with sunny skies. January and February are colder, but from then until April the climate remains dry and pleasant and in late spring the famous rhododendrons bloom spectacularly, flooding the valleys with color.